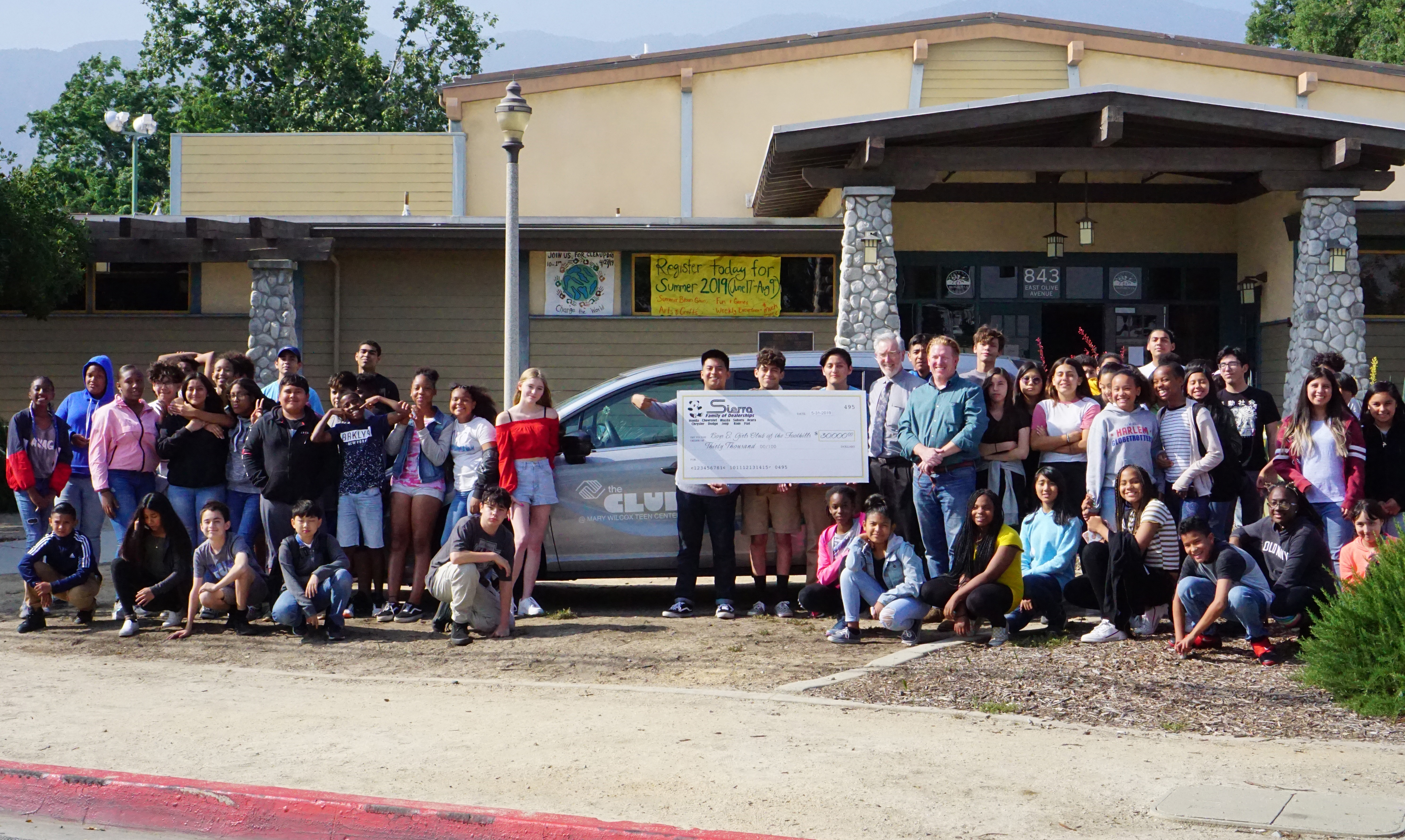 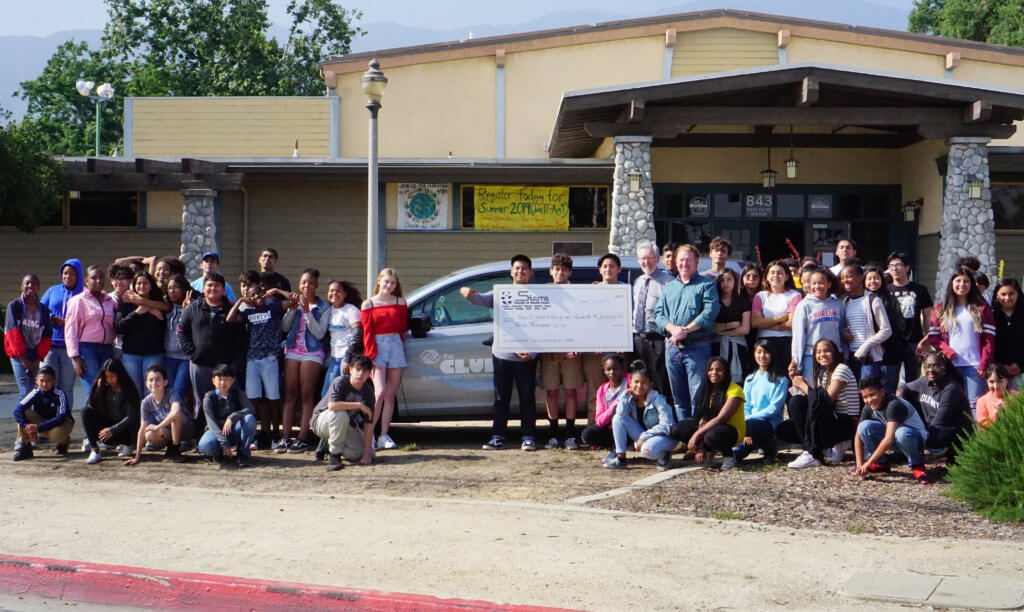 Giving back goes a long way!

Sierra Honda is proud to be a sponsor of the Boys and Girls Club of the Foothills and recently donated a check worthy of $30,000 to help provide resources for the club.

We are excited to contribute to this program that continually ensures that all children have access to quality programs and services at an affordable cost.

This donation is just one example of how Sierra Family of Dealerships is dedicated to helping the causes our community cares most about.

The Boys and Girls Club of the Foothills is a youth development strategy that builds self-confidence and self-esteem while fostering a sense of belonging, competence, usefulness, and influence.

We look forward to seeing the positive impact this donation will have on our community and the future leaders of the San Gabriel Valley. 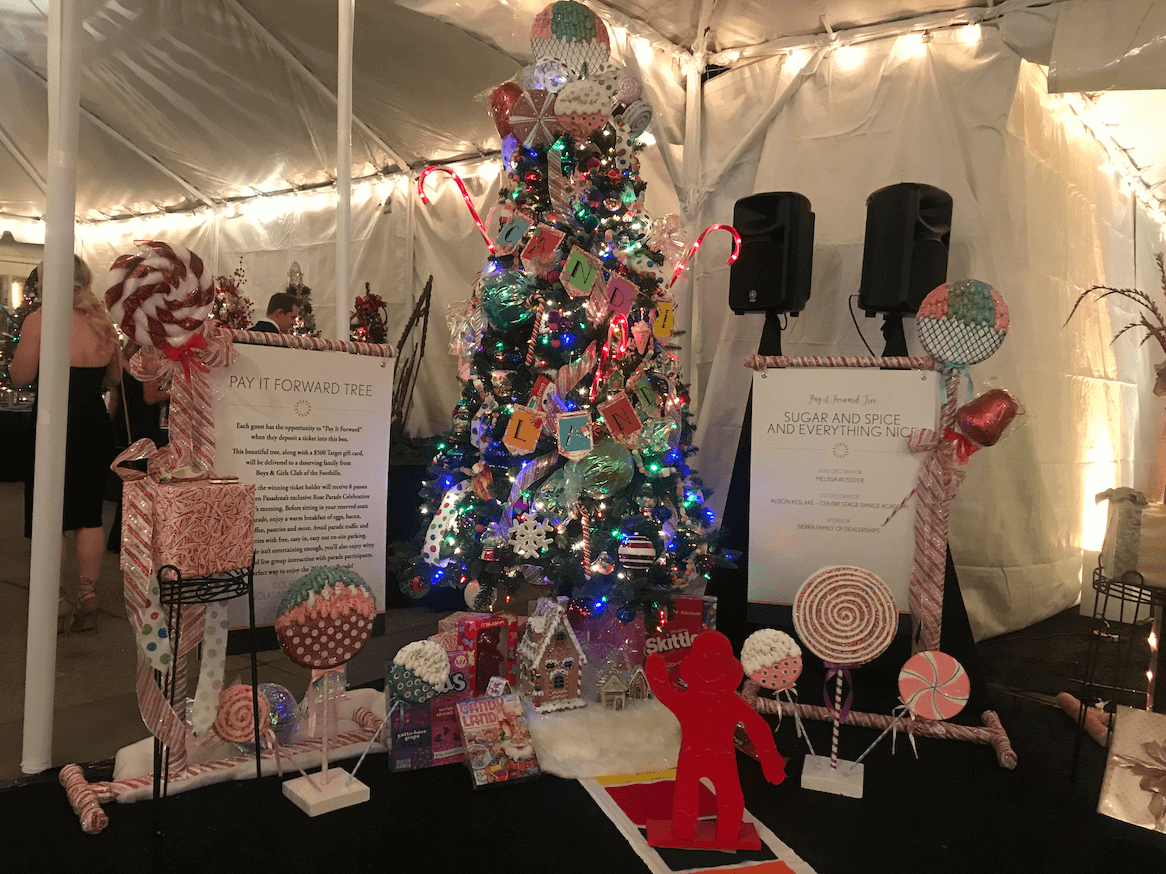 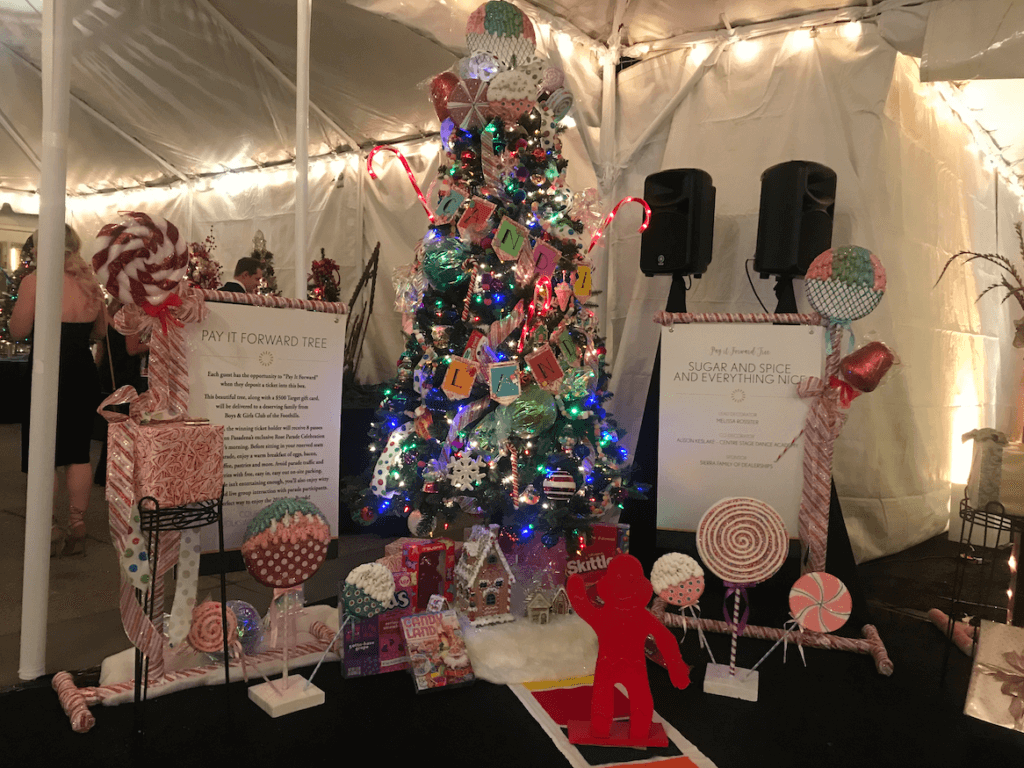 The holidays are here and it’s the time of giving back. Sierra is a proud sponsor the Boys & Girls Club of the Foothills. Every year, Sierra donates $30,000 to the club to help provide resources for the club.

On Saturday, Dec 8, Sierra Family of Dealerships participated in the Festival of the Trees and provided the “Pay It Forward Tree”. This tree along with a $500 Target gift card, was delivered to a deserving family from the Boys & Girls Club of the Foothills. This amazing fundraiser celebrates the season with exceptional dining and entertainment. The major attraction to the gala is the brilliant display of Christmas trees and wreaths, uniquely themed and trimmed by talented local designers, and available for purchase through raffle tickets and silent and live auction bidding. This annual gala benefits hundreds of children at The Boys & Girls Club of the Foothills, which provides a safe and caring environment, and a place to develop the qualities needed to become responsible citizens and future leaders.

Sierra Family of a Dealerships loves giving back to the community and wish you and your family a happy holiday season.

Sierra Honda at the Pasadena Pops 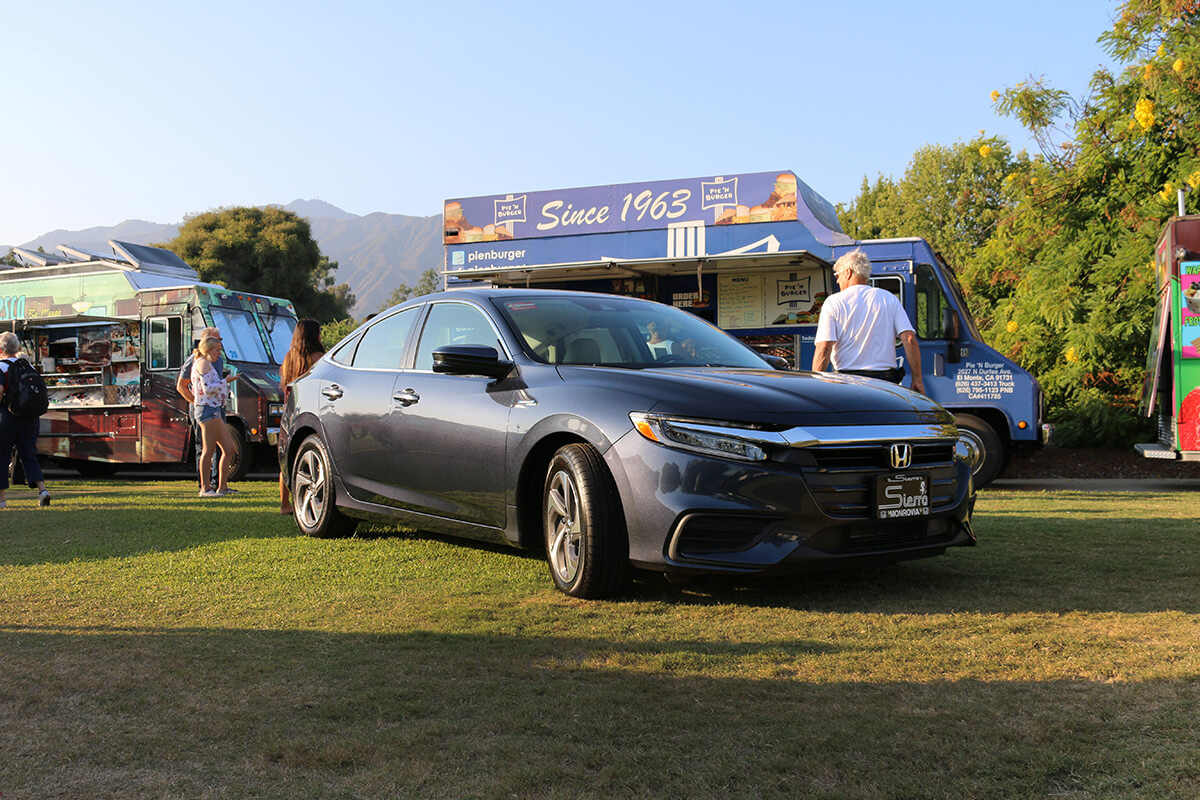 Did you join in on the concert fun this past Saturday at the Pasadena Pops held at the Los Angeles County Arboretum and Botanic Garden?

Here a little recap for you on all the fun.

Sierra Honda is a proud sponsor of the Pasadena Pops held every year throughout the summer in Arcadia, CA. The evening was filled with music as this weekend's concert was  Classical Mystery Tour: A Tribute To The Beatles .

We had our amazing Honda Pilot and all-new Honda Insight Plug-in Hybrid displayed for attendees to check them out and see all the great features the new models have to offer.

The Pasadena Pops held a record for the most attendees this summer bringing together attendees from all over the San Gabriel Valley such as Sierra Madre, Monrovia, Glendale, Arcadia, Los Angeles and surrounding cities.

The Sierra Family of Dealerships booth was filled with great giveaways and a great raffle basket which included car care items. We look forward to the next concert and stay connected with us on Facebook and Instagram for the latest Sierra Honda news. 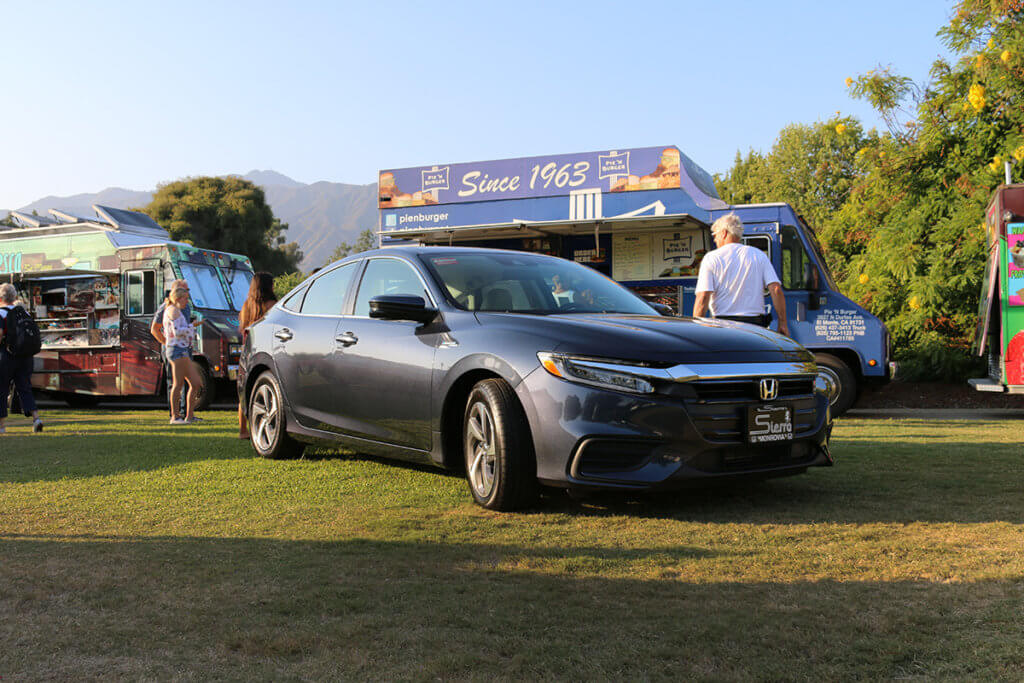 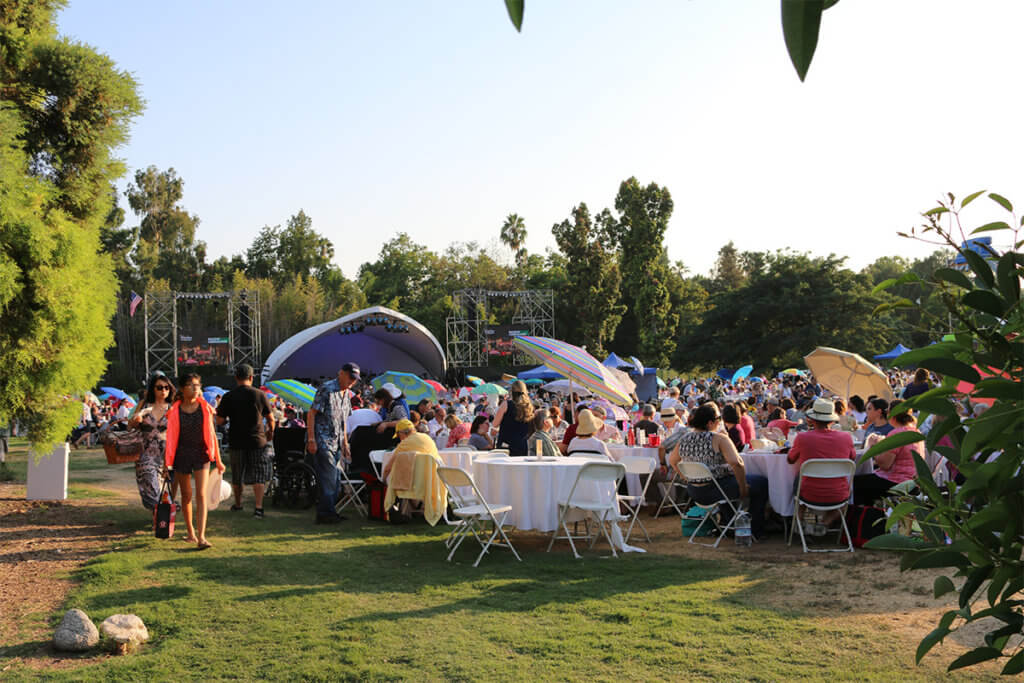 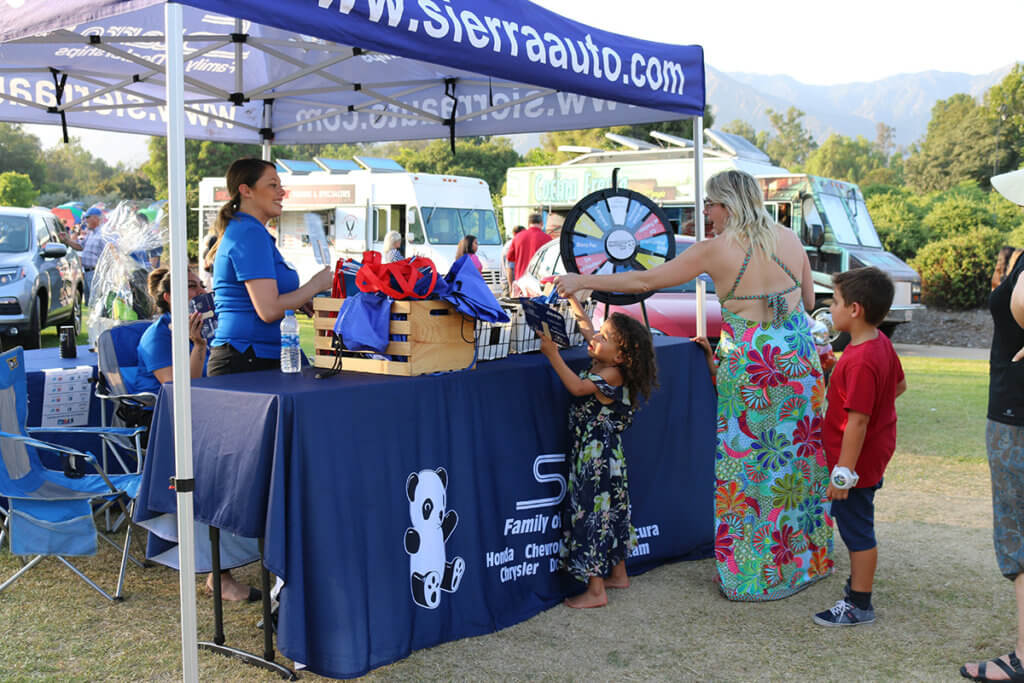 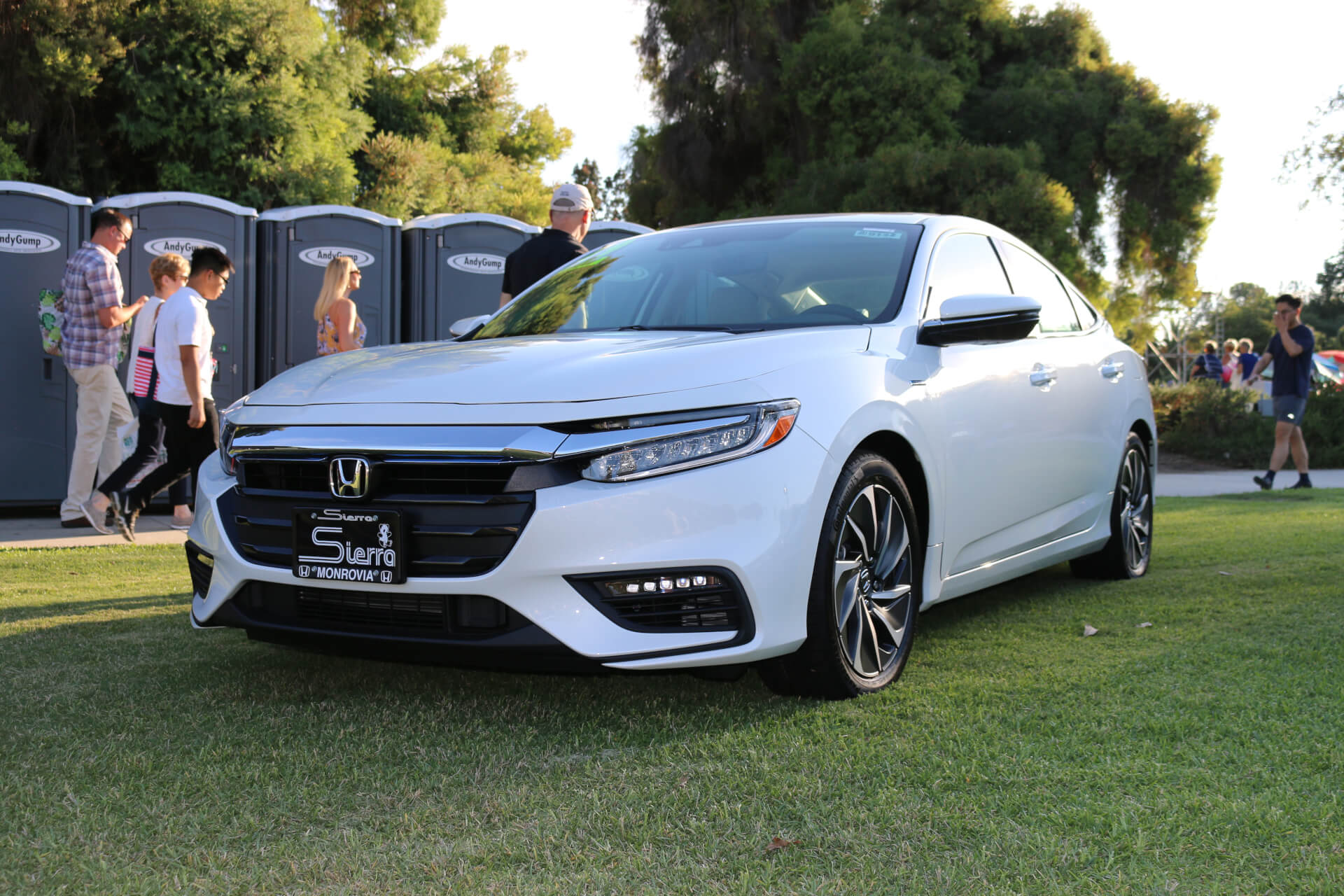 Throughout each summer, Sierra Honda gives back to the community as a proud sponsor of the Pasadena Pops Summer Concert Series held at the Los Angeles County Arboretum in Arcadia, California.

This past Saturday, Sierra Honda joined The Pasadena Symphony Organization for their “Summer of Love: Michael Feinstein Sings the hits of the 60’s” concert. The night was filled with great music and songs from The Doors to Sinatra and Tom Jones. Feinstein enlightened the sounds of the ultimate decade with Light My Fire, It Had to Be You, It’s Not Unusual and many more hits.

It was a great night of music under the stars as Sierra Honda handed out giveaways and introduced attendees to the Honda Clarity and all-new redesigned Honda Insight.

The Pasadena Symphony Association was founded in 1928 and has since then provided orchestral performances of the highest quality to the community though live symphonic and classical concerts.

Attendees of the Pops come from surrounding cities such as Pasadena, Sierra Madre, Arcadia and other cities throughout the San Gabriel Valley. 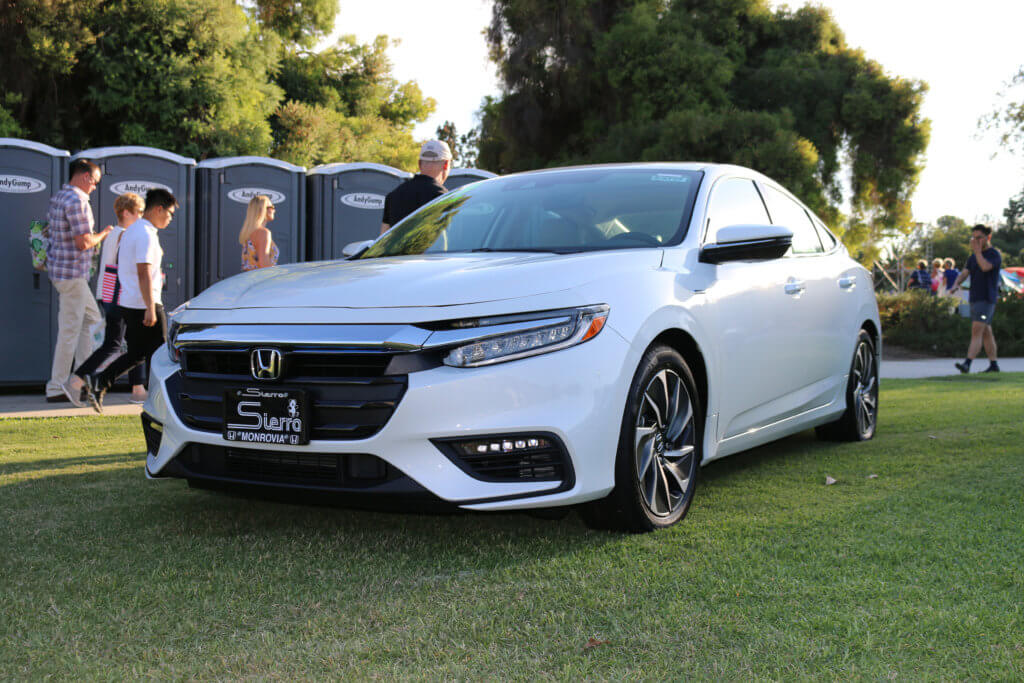 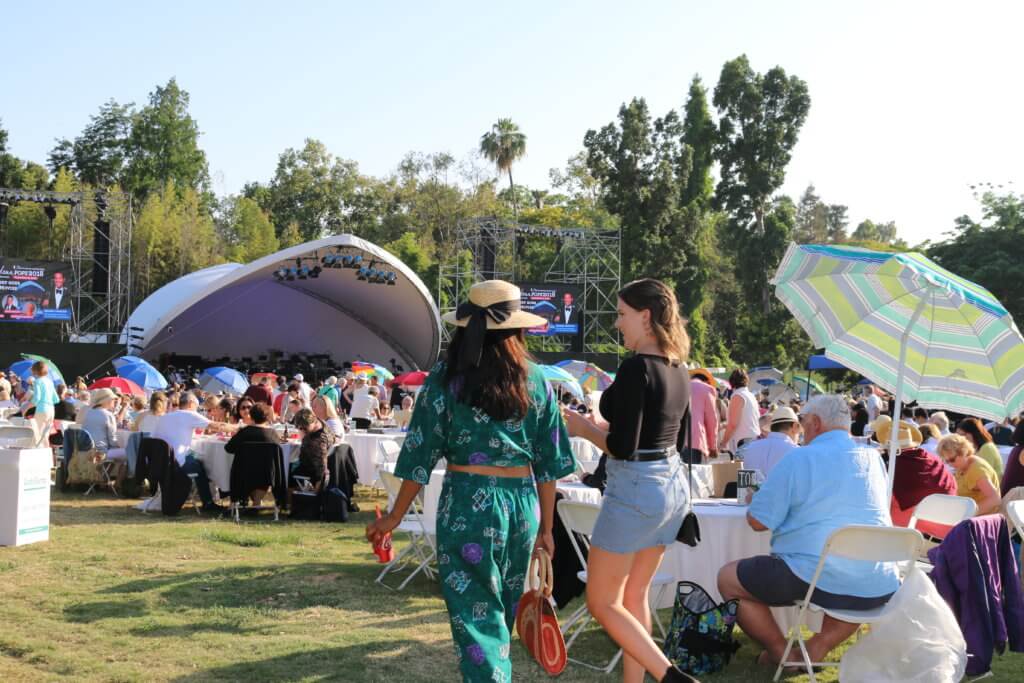 Sierra Honda Gives Back to Truck Adventures for Kids 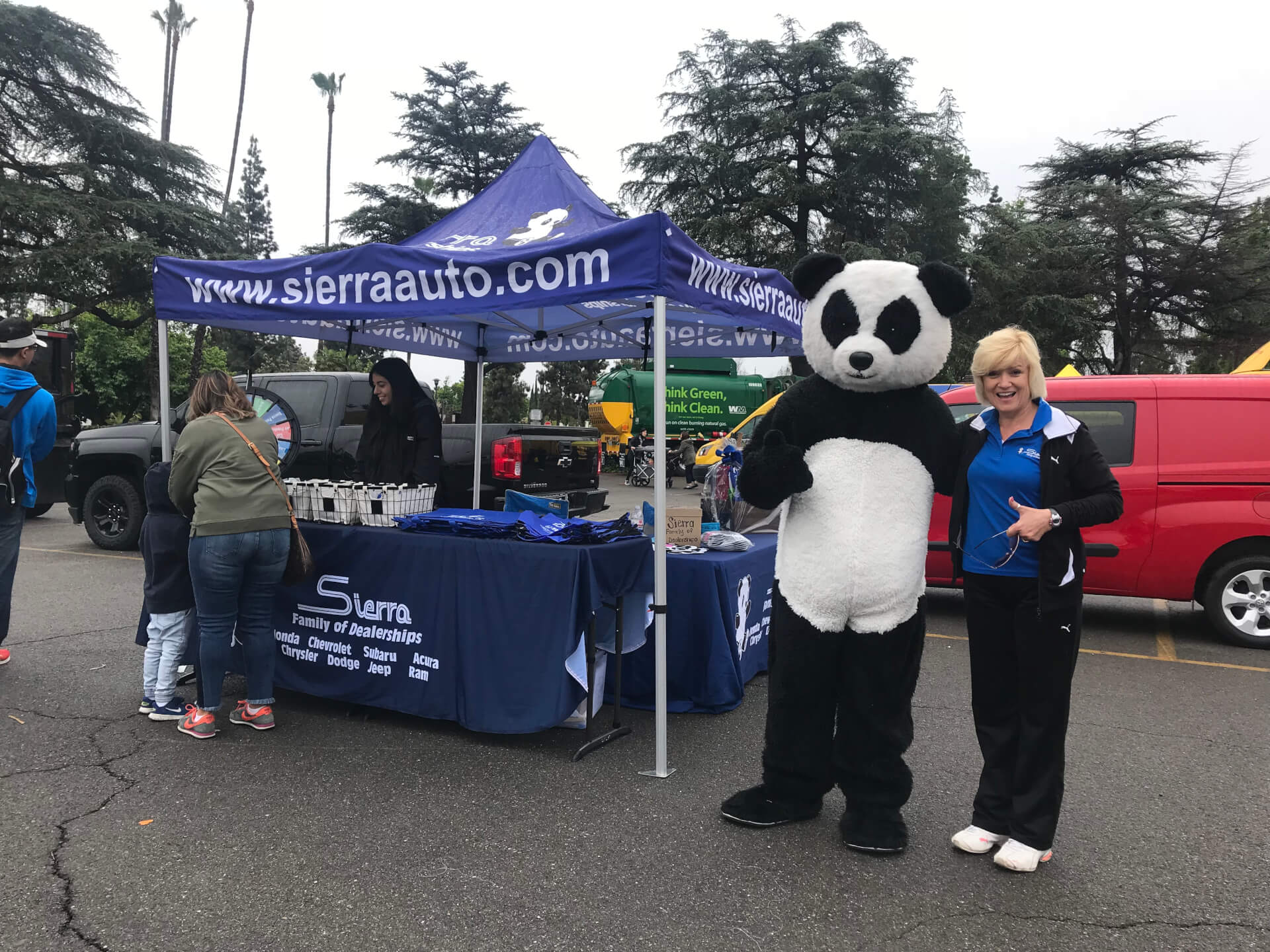 On Saturday, May 12, Sierra Honda joined the Make-A-Wish foundation for their annual event, Truck Adventures for Kids, at the Santa Anita Racetrack in Arcadia.

Truck Adventures is a community event that aims to educate children about the vehicles that teach, save lives, and build the world around us. Families from all around the San Gabriel Valley and kids of all ages were invited to experience their favorite trucks first hand and sit behind the wheel of vehicles ranging from police cars, tractors, big rigs, and city buses.

Sierra Family of Dealerships handed out prizes to the community as families participated in the raffle and familiarized themselves with some of Sierra’s top rated vehicles. The Sierra Panda also made a special appearance greeting community members and posing for photos with all the children.

Sierra Family of Dealerships has been serving the Pasadena, Arcadia, Monrovia and surrounding cities for over 40 years and are proud sponsors of community events and organizations such as the Make-A-Wish Foundation. We realize that giving back to the community has the power to change lives and we look forward to standing behind our mission statement of treating each every customer as part of one family for years to come. 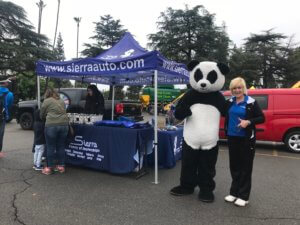 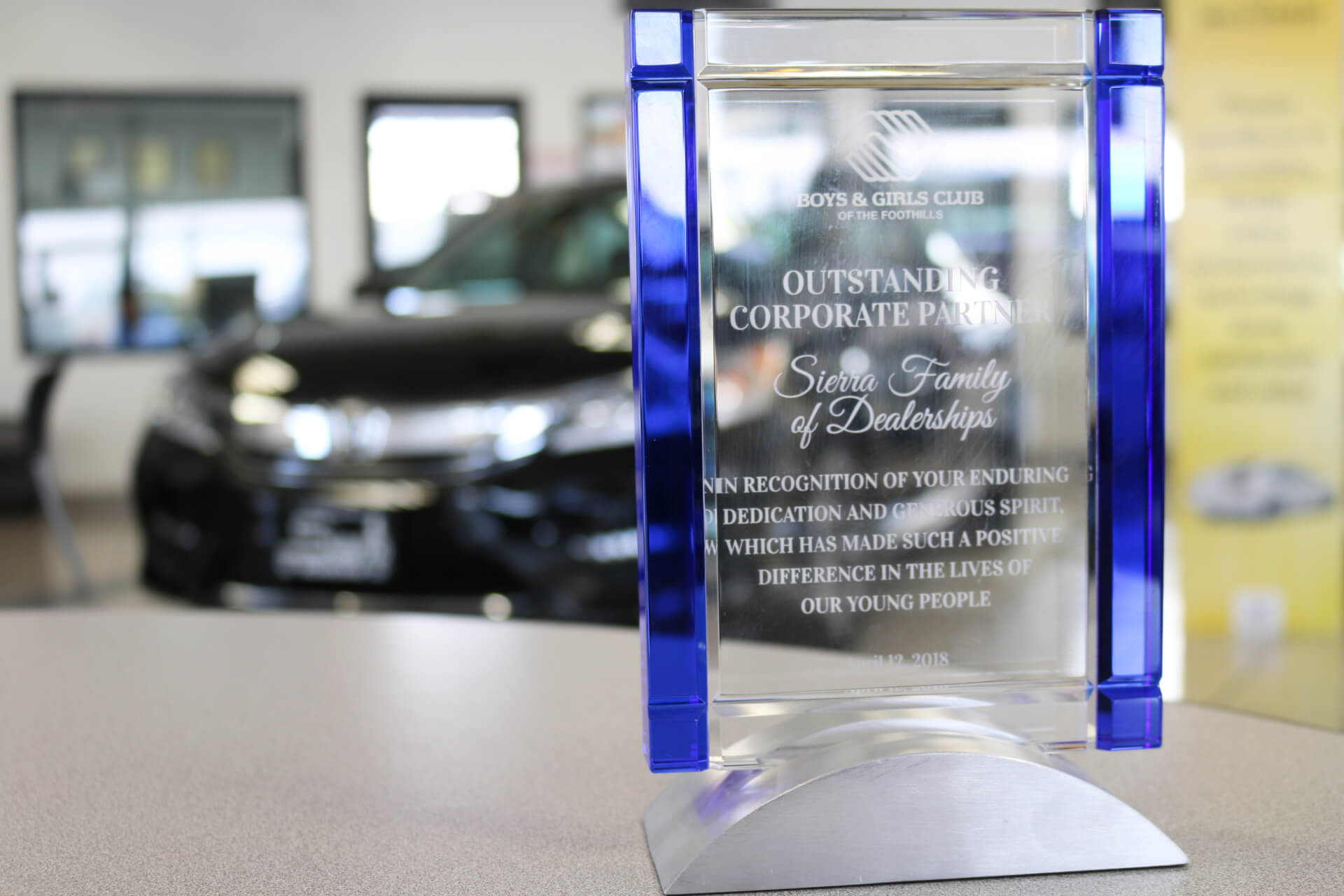 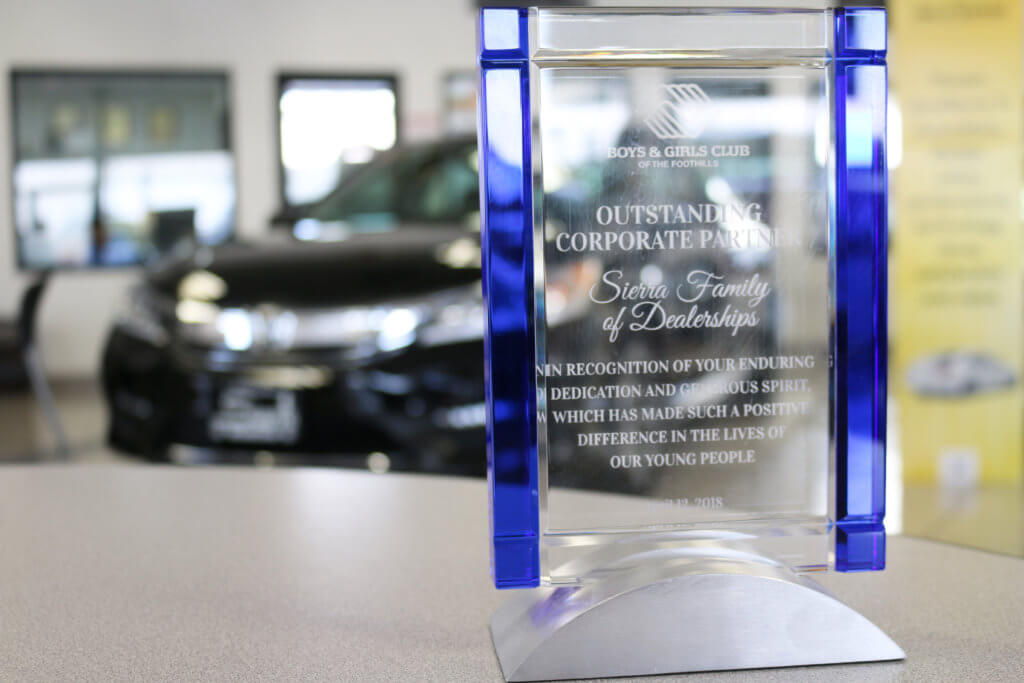 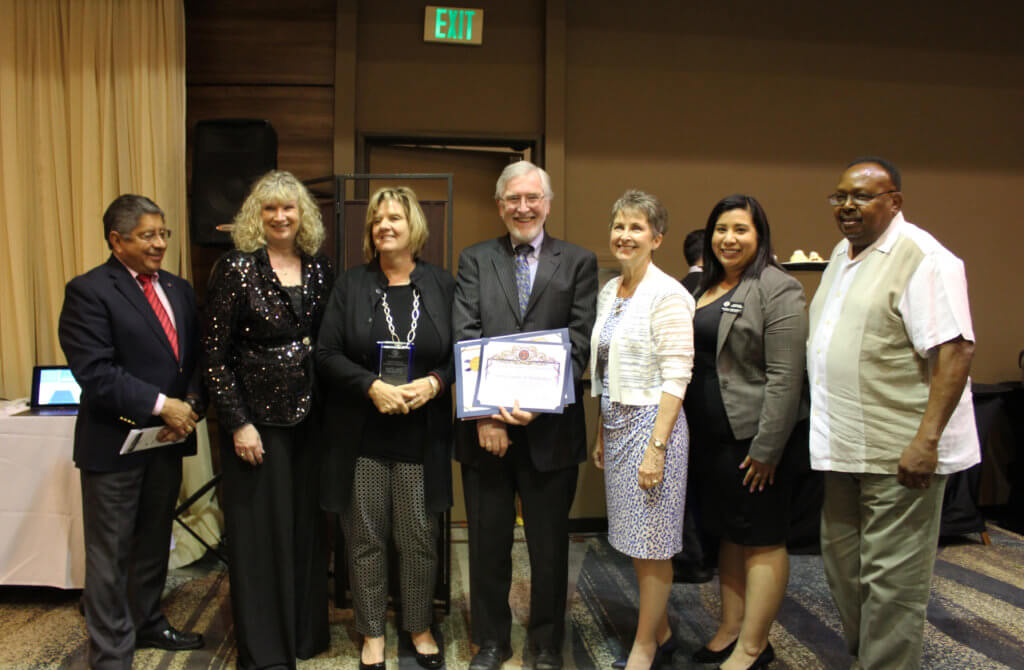 Sierra Family of Dealerships was recently awarded the Outstanding Corporate Partner of the Year by the Boys and Girls Club of the Foothills at their annual Youth of the Year and Community Awards Dinner. This event was held on Thursday, April 12, 2018, at the Doubletree by Hilton Hotel in Monrovia.

Sierra Family of Dealerships has been highly involved in a number of civic and community organizations, such as the Foothills Unity Center and the Monrovia Public Library Foundation and the Kiwanis Club of Monrovia.

Sierra Family of Dealerships is a longstanding donor of the Boys and Girls Club of the Foothills. Sierra supports the Club annually through event sponsorship, promotional give-backs, and individual giving.

Sierra is a proud sponsor of the Boy And Girls Club of the Foothills and looks forward to seeing the great impact on the community and young individuals of Monrovia and surrounding cities.

Are You Sure You Want to Opt-Out?

Sierra will make every effort to delete your Personal Identifiable Information from our databases. Your data that remains on our back-up databases, previous backups and archival databases may not be deleted. In very rare circumstances, the back-up data may have been restored and your option to OPT OUT may be lost. If you begin to receive marketing information, please OPT OUT again.

You will have to provide all of your information again when you return for any warranty work, service work or when buying a vehicle. There will be no history of your previous service work or vehicle purchases.

Please note by selecting this option you will no longer receive certain communications from us including special offers and survey invitations.

If you sure you want this option, you must Click This Delete My Data link.

You may also call our Privacy Center at (800)–794-9565 and leave a voice mail. A member of our Privacy team will return your call as soon as possible.